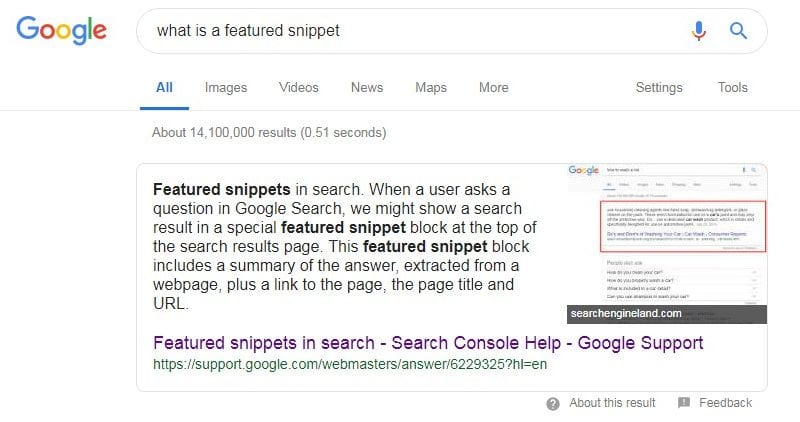 Google Featured Snippets: How To Get There

Google Featured Snippets: How To Get There

Did you know the Google featured snippets get 8.6% of Google’s clicks?

That’s a ton of traffic you could be missing out on.

Even worse, the snippets don’t necessarily have to come from the top page. That means even if your SEO is on-point and you’re the top rank your traffic could be getting stolen.

So, are you ready to learn how to optimize your content to get the coveted “Rank #0 spot? If so, read on and we’ll discuss how you can end up there. 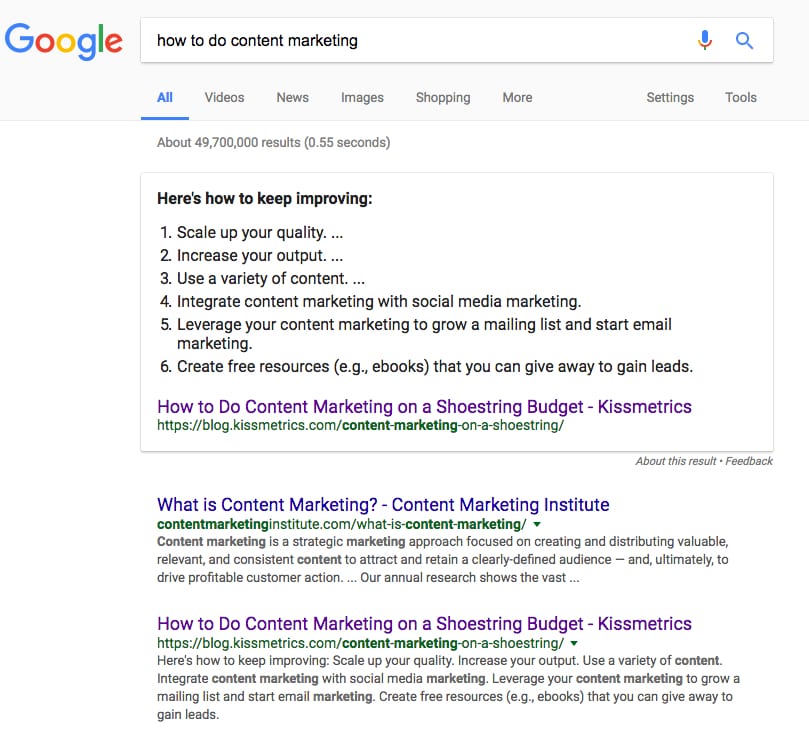 What Are Google Featured Snippets?

Google has changed a lot over the years and featured snippets are a great example.

Essentially the featured snippets appear at the top of the search when keywords are typed in. They’re frequently seen in “how-to” and list categories.

And, they steal a good portion of the clicks from the top rank. That means even those with a comprehensive SEO strategy will suffer if they’re not also in the top rank on the first page of Google.

The box above the search ranks obviously draws the eye and Google’s focus on user experience rears it’s head once again. Google says their algorithms determine whether to show a featured snippet based on how helpful it would be to the end-user.

They’re often read aloud by Google’s assistant as well, so they play a big role in mobile searches.

Getting the answer box isn’t easy, but it can be done if you’re willing to take the right steps.

What Can Featured Snippets Do For You?

Featured snippets tend to appear on long-tail search queries. They also draw in a significant portion of the clicks on the front page.

Chances are you’ve noticed them popping up and in many spaces, the websites which appear at the top do so repeatedly. They’re generally websites with high consumer trust like WebMD.

The perceived value of the authority given shouldn’t be underestimated. If your page begins to appear repeatedly in a user’s queries they’ll have more trust in your page.

Of course, if you rank #1 for a given keyword as well as getting the featured snippet you’re in an amazing position. The lion’s share of clicks will be yours for that given keyword.

In short, they’re mostly another way to bring in traffic and raise user trust with your page. Both of these are the foundations of a thriving digital marketing campaign.

If you were hoping to drive a page which is in the wasteland of page 2 and onwards of Google search we’ve got bad news for you: almost all of the featured snippets found come from the first page of Google.

So, you’ll need to make sure that you’re ranking well in the first place. That takes SEO skill and time and if you’re not there yet then you should keep focusing on making great content and building up a backlink profile.

It’s only the first step but it can be easier or harder depending on the keyword you’re attempting to target.

The front page receives 95% of all web traffic. It’s not even worth the bother of trying for a featured snippet if you’re not there yet.

Basically, the first step is to have a solid page which is drawing traffic in the first place. From that solid foundation, you can begin working to get the extra traffic produced by the featured snippet.

While there are several, you’ll want to at least target three main types of snippets that display for keywords.

The paragraph type contains a short paragraph, and often an image, which guides the user to click on the page. They’re the most common and often accompany things like recipes.

List type snippets are just what they say they are: lists of bullet points. They’re often found when someone is looking for the best products in a given category. Another common occurrence is within the DIY niche, where the directions for the project can be displayed in part.

Lastly, there are tables that are sometimes displayed in the featured snippets. These are usually used for statistics, where it makes sense to display a table. Overall, you have five types of featured snippets you can rank for:

It’s easy enough: just punch your keyword into Google and see what type of snippet pops up.

There’s one thing to be aware of, however. If Google just answers a query with no citation then you’ll be out of luck for that keyword. It’s pretty rare that Google’s answer box and a keyword with commercial intent are the same.

In addition to these, some keywords will also have video or image content featured.

Whatever the case, your goal is to match the snippet type and do it better. We’ll discuss that in a moment because you’ll still want to gather some more information first. 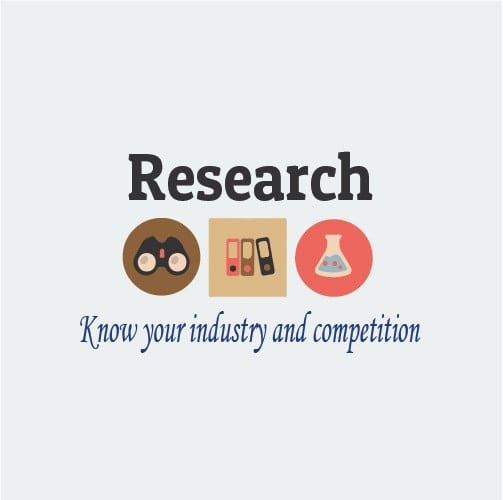 It’s always a good idea to keep an eye on the competition, but when it comes to featured snippets it’s essential.

The most important page to check is, of course, whoever already has the featured snippet that you’re vying for. Check out their content carefully.

You’ll want to explore the structure, their backlink profile, and the piece of their content which has been featured in the rich snippets.

Likewise, look through the other sites on the front page of Google for the keyword and see if they have anything that fits the bill. Most will.

Featured snippets can change if Google determines one fits the bill better than another and constant competition is the rule in some niches.

Once you have a good idea of what the competition is doing, it’s time to beat them. For this step, try using tools from companies like  SEMrush.

So, you’ve got the information you need in front of you at this point if you’ve followed along.

That means you’ll have both the competitor’s general structure and the type of snippet you’re looking to mimic. 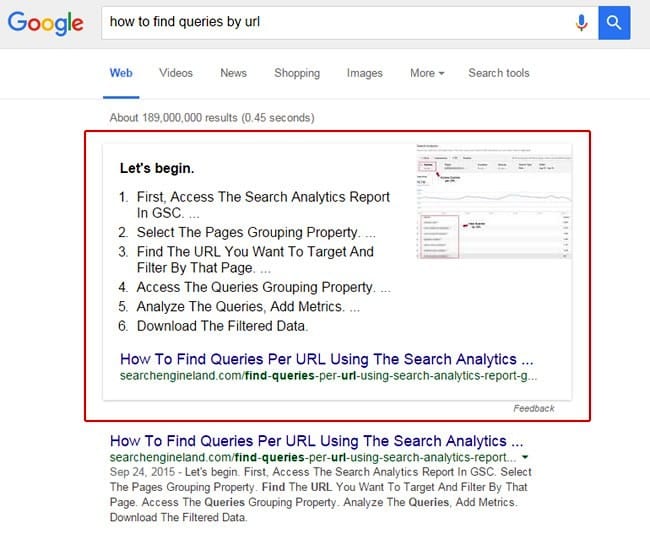 Google likes short paragraphs that directly answer the user’s query. While the general rule for content that’s trying to rank is around 2300 words snippets are usually only 50-60 words long.

When you’re targeting a long-tail keyword for a featured snippet you’re in a prime position to make things easy on yourself.

What you want to do is make sure that the query is answered in a shorter form somewhere in the blog post or web page that you’re trying to get featured. Many questions can be answered easily in a paragraph or less, even if it’s just a shorter form of the full answer.

Most great content already does this, but shorten things up if you’re over the mark and you stand a better chance.

If your niche lends itself to how-to’s then adding a whole section to your site can help you score a ton of featured snippets.

How-to style articles are great for snapping up that Rank #0 position. Scope the competition, if you’re a frequent user of Google you’ve often seen how low quality the snippets for how-to articles are. It’s easy to beat if you’ve got a good content creator on your side.

Some niches are better for this than others, of course. 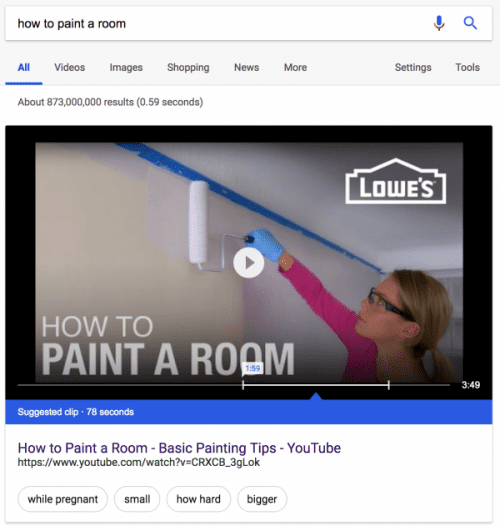 Videos can be harder to rank, but for the most part, they’re going to come off of YouTube.

However, you’re not actually competing on YouTube if you want to end up in the featured clip carousel.

Instead, you want to make sure you’ve got a couple of things going on.

The first is trying to go for an exact match keyword in the title of your video.

The video tab requires a bit different strategy than your normal SEO but if you learn how to do it you’ll be in good hands for taking over the Google featured snippets in your niche.

No matter what type of featured snippet you’re trying to rank for there’s one thing you can’t forget: user experience.

Google is constantly hunting down ways the algorithm can be gamed and doing its best to disable them. You need to stay on top of the rankings to have a chance at featured snippets and that means white-hat SEO rules the day.

At this point… the better your content, the more likely you are to rank on Google’s front page. Backlinks still play a large role, but the quality of them is extremely important.

Practice ethical SEO in the first place and you won’t ever need to worry about your rankings going through a sudden drop.

Make sure you understand the end goal of what your user hopes to accomplish.

If one of your keywords was “Landscaping DIY” and the search result page was all video and images and content that was very visual, you have to provide visual content to compete with intent like that.

There’s obviously an intent behind the search where people want to see what it is and help in that process. It’s a big part of crafting content to rank in search results but also featured snippets. Know the intent.

Make sure to provide short, but descriptive answers and content. Avoid data dumping and needless words. We see Google providing short, concise information, especially for voice results. We know that’s the way to go, so I highly suggest doing that.

An Ahrefs study found that search queries with the following words have a better chance of getting featured: 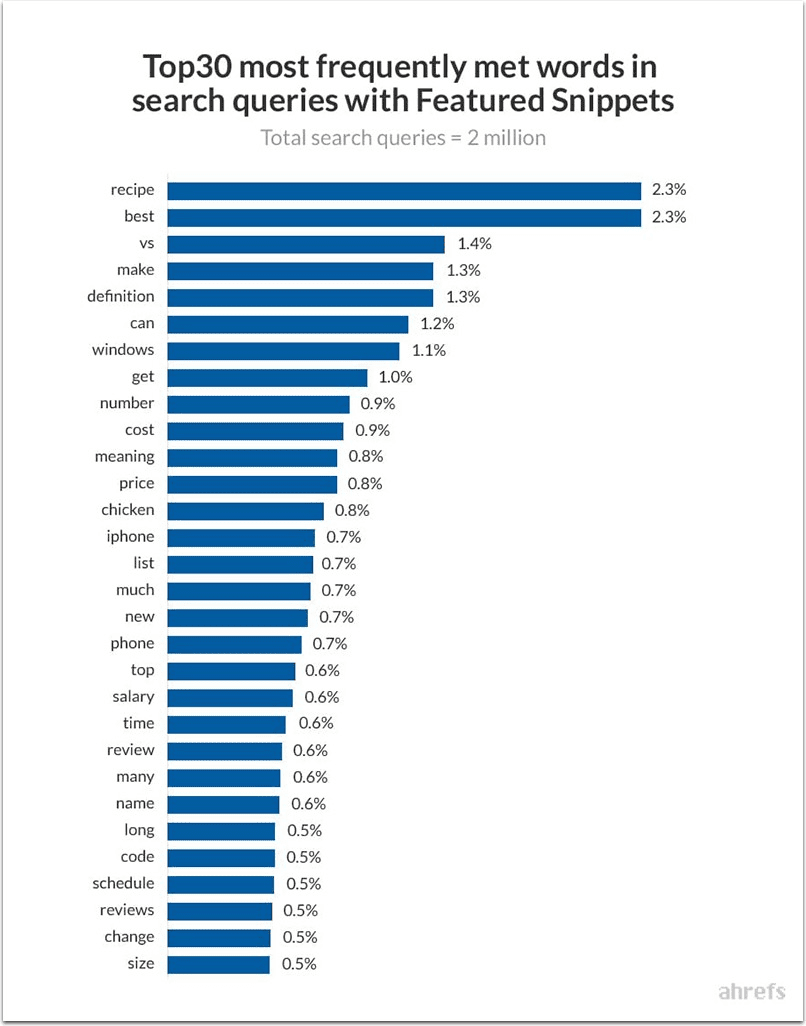 Google featured snippets are a great way forwards for your business, but they’re not the end game. Chances are you care much more about the leads coming in than taking up more SEO real estate.

If your end game is more leads at a lower cost then perhaps it’s time to hire a professional service.

Ready to step up your digital marketing game with cutting edge techniques? Find out how it works today.