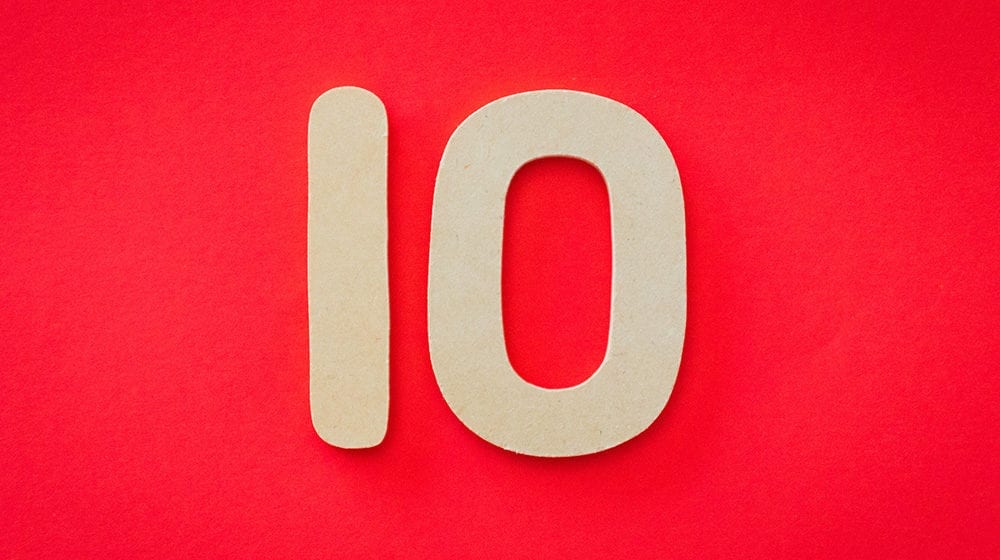 Ranking in Googles Top 10 is Gone

Google is King! But, have you noticed how busy the top of Google is getting?

Google organic results are getting pushed further and further down the page.

The days of finding success in top 1-10 rankings are gone!

And as of late, you’ve likely seen boxes like these taking over: These boxes are called Featured Snippets and they are only way to the top of the search results.

Featured snippets are dominating Google’s search results, and it’s important for online lead generators to understand what they are and how to optimize for them.

Featured snippets and SERP features may be one of the biggest changes to how traffic flows through Google in the last few years, and we expect this to increase.

In this guide, we’ll walk you through everything you need to know to take advantage of featured snippets for SEO.

What Are Featured Snippets in Google? 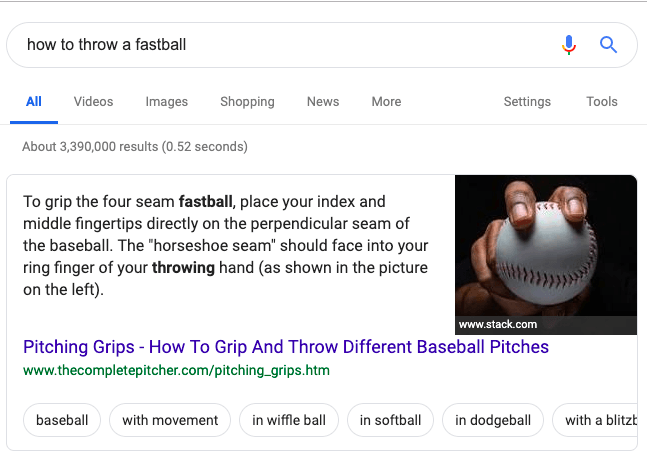 Google extracts this content from a page in its index. Each featured snippet from Google includes:

The first type of snippet is as a paragraph or blurb of text, like this: 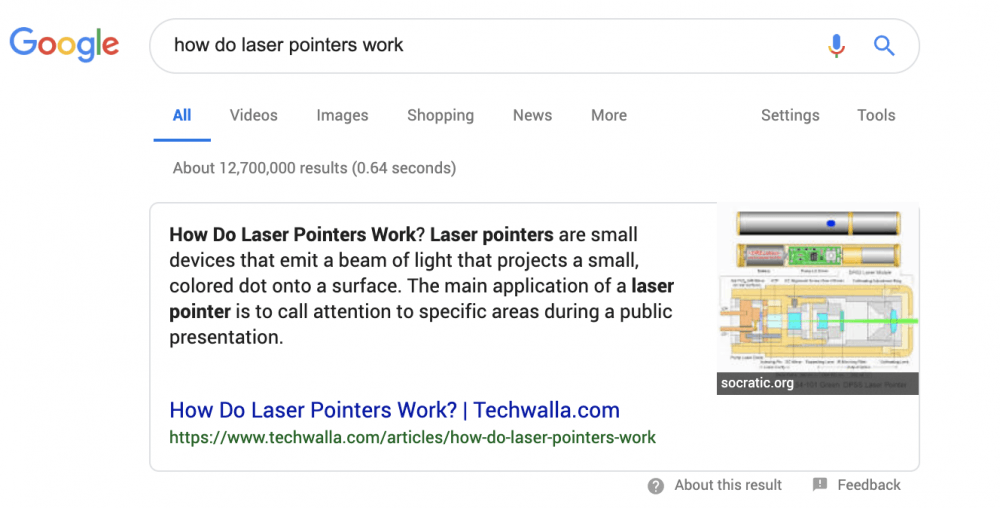 Interestingly enough, the image Google used in the featured snippet will not always be from the page used for the rest of the snippet content. The second snippet is as a list, either numbered or bulleted: The third snippet format is as a table: Note: In the example above, the data shown in the featured snippet table is shown in a table by Wikipedia. However, that is not a prerequisite for Google selecting a page for a table featured snippet. It will sometimes reformat the data found on the page into a table on its own.

As a fourth type is when Google links to a YouTube video with a suggested time stamp of where you can locate the answer to your question: Featured Snippets And “Quick Answers” Are Not The Same

There is another kind of SERP (search engine results page) feature that looks a lot like the featured snippet and serves a very similar function but is actually something completely different.

This feature is often called a “quick answer” or “fast answer” box because it provides an answer to the user’s query quickly — right in the search results. However, it does not link out to the source of the information because that information comes from Google’s Knowledge Graph.

These fast answer boxes can serve functions such as question answering: Or forecasting the weather: From a study by SEMrush:

From a study by Ahrefs:

From a series of studies by STAT Search Analytics:

The Benefits of Featured Snippets And more search traffic is why we’re all here, isn’t it?

Beyond “just” traffic to your website, appearing in featured snippets can increase awareness of and trust in your brand or website. Not only is your name appearing right at the top of search results, but it’s also being put forth by Google as the definitive answer to the user’s question.

That’s a strong indicator that your content is authoritative and trustworthy.

Now that we know what a featured snippet is, some data about how prevalent they are and how they work, and have seen their benefits it’s time to get into how to go about claiming featured snippets for your own content.

When trying to earn featured snippets for your content, take a 2-pronged approach:

There are a few places you can look to find the keywords you should target to earn featured snippets for your site.

The first is to check for the easiest opportunities you have: keywords you already rank highly for that are likely to trigger a featured snippet. For this, turn to your Google Search Console (GSC) account.

Open up the “Search results” performance report and filter the data by queries that contain those question words: Note that due to limitations in GSC’s interface, you’ll have to do this one question word at a time.

Sort these queries by position from highest ranking to lowest ranking.

The questions your site already ranks for in the top 10 are your best opportunities to claim featured snippets and the opportunities for you to maximize the benefits of the snippets you do earn.

Then, go back to your keyword research and pick out the informational intent keywords you’re targeting.

Take this list of keywords and plug them into a good keyword tracking or keyword research tool that includes SERP feature data. WooRank’s Keyword Tool lists the SERP features detected for a tracked keyword: 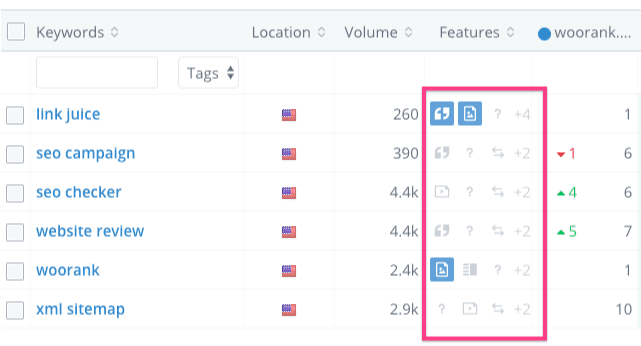 As you can see from the example above, there’s a prime opportunity to claim a new featured snippets: the “seo campaign” keyword.

This keyword is great because:

If you don’t identify any informational intent keywords that trigger a featured snippet, don’t worry!

How To Optimize For Featured Snippets

So once you’ve picked a good keyword to target, or find an existing keyword that you can earn a snippet for, it’s time to optimize your content.

Interestingly, based on HubSpot’s data about featured snippets, a site’s on-page SEO plays a much bigger role than backlinks. Once you get your page into the top 10, it’s all about optimizing your content for answers.

How do you optimize for answers?

Follow these general guidelines to make it easier for Google to find and understand how your content answers the questions:

So for anyone looking to increase their site’s visibility in search results, the best advice would be to focus on creating content that really answers the users’ questions and then run a link building campaign to get that content onto Google’s first page.

Tracking Featured Snippets for Your Site

Tracking featured snippets (and other SERP features) benefits you in a few ways:

As we mentioned before, WooRank’s Keyword Tool gives users the ability to see which keywords have featured snippets (and other SERP features): It also gives you the domain for the page appearing in the featured snippet:

Users can also see the individual URLs appearing in the featured snippet: This data also includes the featured snippets for up to 3 of your competitors, giving you a full view of how your site is performing in search results.

After reading this post, you should have a good understanding of how to take advantage of Google’s featured snippets for SEO.

In a nutshell, the search results for Google’s featured snippets appear above position number one – we call this position zero!

It’s proven that sites with featured snippets ranking in position zero have a higher CTR (click-through rate) and as a result, gain an explosive amount of traffic.

While it does take a fair amount of work to earn your spot in position zero, the benefits to ranking in this position certainly outweigh the hard work!

We hope you enjoyed this post! If you have any additional tricks or tips to rank in above position one with Google’s featured snippets, feel free to share them in the comments!

Want an Easier Way to Get Leads?

We certainly encourage you take advantage of featured snippets. However, let’s fact it, it’s getting more and more difficult to rank at the top of Google. Ask us about our ‘pay-per-lead’ service and let us do the grunt work for you. We use modern day technology to generate highly qualified sales leads in real time. To learn more, click the link below.